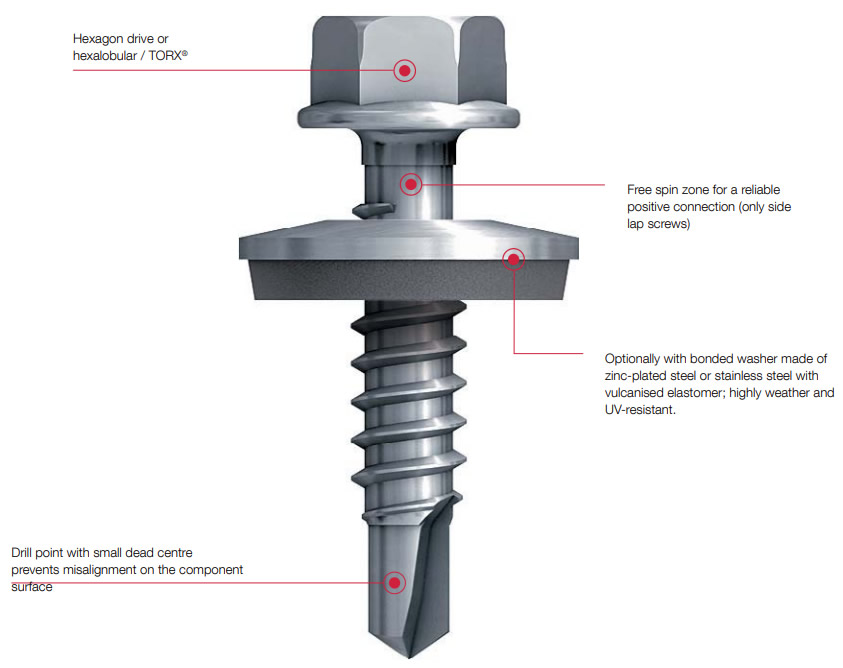 To properly select your SUPER-SAPHIR JT6 Self-Drilling Screws, you must take into account the clamping thickness and required drilling performance. 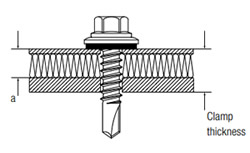 To calculate the clamp thickness, you take the thickness of the attachment (a) PLUS (+) the strength of the substructure.

The following formula can be used: Clamp Thickness Greater than or Equal to (a) + 6mm. 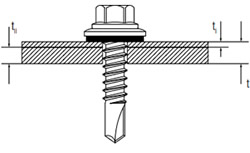 The drilling performance is calculated from the thickness of the components to be drilled.

The following formula can be used for Sandwich Panels: t = component (tII).

Get Increased Reliability with Sealing Washers 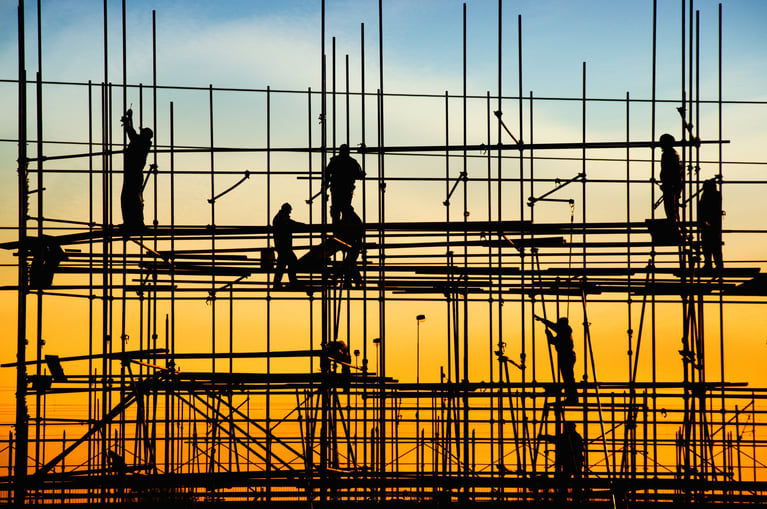